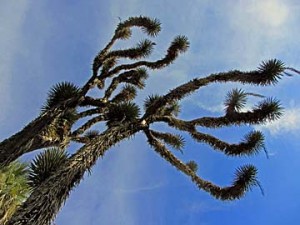 La Taco Estrella (502 N Fair Oaks, Pasadena) – I’m in Pasadena. Where are the little old ladies I was promised?

Well, nothing to be done about it. It’s time for tongue to meet tongue (not, by the way, the latest title from the fine industry folks just over the hill) and stomach to meet stomach. From a takeaway counter, sitting on a picnic bench, come a sextuplet of delicious little tacos in which no bells, talking Chihuahuas, or offensive references to borders are involved.

The stomach version is not my favorite, as the cubes have taken a slightly gum-like texture with a deficit of counterbalancing flavor, which for me is the fulcrum of this ingredient. The tongue, however, is luscious. I’d call it lip-smacking, but that would lead to even worse wordplay, and I’d rather talk about the tacos. There are also nachos, the perfect kind one gets in any competent Mexican(-American) restaurant, and that make one weep for those served everywhere else.

A massive horchata, sweet and…well, sweet…provides enough nervous energy for the day ahead. The price for all this madness? Pocket change, at best. 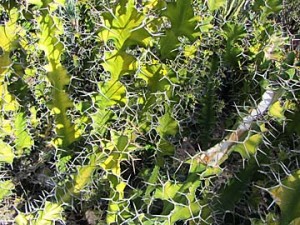 Let me back up a bit. This restaurant has long been known for its very – perhaps excessively – firm “no substitutions” policy. As both an omnivore and someone who generally prefers to be fed at the discretion of the chef rather than engage in a ridiculous triplicate game of upsmanship with the menu, the waitstaff, and the kitchen, this is all just spiffy with me. There’s the eminently sensible argument that the chef understands the dishes better than you (the diner) do, and then there’s arbitrariness just for the sake of it. Some of what one reads – admittedly with a semi-frequent frission of Schadenfreude at the identity of the “victims,” like Victoria Beckham and Gordon Ramsay – is a little ridiculous.

Nonetheless, one knows the rules going in. And certainly a restaurant so supremely confident in its vision and its work is going to be great, right?

The restaurant is deafening (one might as well wear earplugs as it’s impossible to hear dining companions unless they lean in and yell) and it’s dark (they bring additional candles so we can read the menus), but in that it’s hardly alone. Service is fine, though a late-meal error in bringing a dish is met not with an apology, but with a bald-faced lie about a backed-up oven despite everything else having arrived exactly when it should have. Dude, seriously, just admit you forgot to put in the order and apologize. It’s no big deal.

And the food? Just…eh. Much use is made of fire and extreme ambient heat, but it’s not always used well…one vegetable is scorched, another underdone. One is dressed with balance, another is puckering. Pizzas, sure to be the stars of any such oven, are inconsistent; one has a beautiful crust, the other is mushy and rather doughy. And how does a pizza with guanciale, green olive, Fresno chile, and buffalo mozzarella (the doughy one) end up being bland? That’s an accomplishment. Probably the worst of all, there’s the by-now requisite polygon of pork belly that’s almost tragically mushy, lacks any sort of caramelized flavor, and is accompanied by ingredients far too bland to make up for those faults. Pig tummy deserves better.

There’s not a single plate that stands out in memory as surpassing, but there are rather too many that linger as vague disappointments. Nothing bad, nothing great, just a lot of shrugging and indifference. The Tasting Kitchen, just down the block, is equally dim and ear-damaging, but the food’s better.

As for the wine list at Gjelina, it’s relatively interesting, with a few fun surprises and a general lack of “safe harbors.” Though in that context I have to say I’m bemused by my waiter’s ego-stroking reaction to my choices, which are neither particularly offbeat nor particularly interesting. Or maybe that’s just an LA thing…in which case they probably should have tried it on Posh and The Screamer.

San Francesco 2009 Cirò Rosso Classico (Calabria) – 100% gaglioppo. Big and sun-drenched, of course, but the heavy shoulders are rounded as they support leathery black-strap fruit and a roughened cashmere structure, giving the whole thing a surprising amount of symmetry.  (11/11)

Faury 2010 Indication Géographique Protégée Collines Rhodaniennes Syrah (Rhône) – Seems to exist on two planes at once; the first earthy, herbal, a little porcine, and the second a high-toned, edgier, sort of nervous black fruit that’s not all that fruity. I suspect the twain will integrate in time, but it’s still appealing now. It just takes a little more energy to corral its dualism in the glass. (11/11)

Venturini 2007 Recioto della Valpolicella (Veneto) – Concentrated berry residue, sticky and just a bit plastic, with in-control volatile acidity and the requisite tension between light residual sweetness and shriveled-prune tannin. You know, reading back over this note, I should say that I liked the wine more than the descriptors might indicate. It’s no great recioto, but it’s decent enough. (11/11)