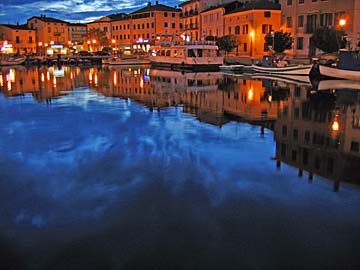 For every cherished experience, there is a transformative moment. Sometimes, it’s sought…but other times, it strikes as unexpectedly as lightning from a clear blue sky. This is an example of the latter.

Until this experience, I can say that I’ve found grappa interesting. Interesting…but not good. It has been something to be explored for its variety and source-specificity, for its place in an Italian life, and for its convivial role. But this grappa changes everything. I am enraptured. Instantly, and without reserve. This is like nothing I’ve ever experienced.

My notes, as scribbled into my journal at the moment of encounter, initially identify what I’m drinking as “incomprehensible label, producer in Nieve.” It’s only after I smell, and taste, that I apply myself to the work of deciphering the hand-drawn labels for which this producer is famous. I have never tasted a grappa like this, either in form or in quality. It is so superior to anything I’ve previously encountered that it might as well be its own category. Supple yet full-flavored, drawing both fruit and mineral into a distillation of floral complexity, then lingering in a gentle decrescendo that slowly exposes both that minerality and the memory of a faded bouquet of the palest white roses. This is the best. The absolute best. I’m floored. Stunned. Moved. So much of all three that the returning sommelier, noticing my bliss and knowing its source, pours a generous second helping in my glass. Who is this magician? 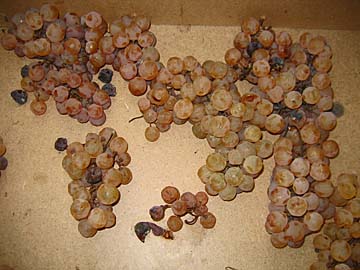 Thinking about the wines of Radikon, in both the context of the “orange wine” cohort and the greater world of regional and worldwide styles, I’m drawn to a musical analogy. Often, wines of this type are described as being akin to improvisational jazz. For me, that’s a valid way to think about the experience of tasting such wines, which can rarely be pinned down to just one or two coherent ideas or forms, but I think the analogy is insufficient as a description of the way these wines are made. Instead, I’m reminded of Miles Davis’ pre-hiatus electric period, for several reasons. First, this was music that improvised from a theme, but the theme was not always clear (or even revealed to) the listener, depending on the way recordings were edited. The start and finish of a given take was fairly arbitrary, and the actual form and flow of the music being created often had little to do with the finished version that was committed to vinyl; what the listener heard was a snapshot, different in each iteration, and never encompassing the entirety of perspectives on the theme. So it often seems with these wines, which offer windows into their varietal composition and their terroir, but never offer the full panorama in a single bottle. Each year’s version is a different view of the same landscape, as I think it must inevitably be with the most natural of wines. 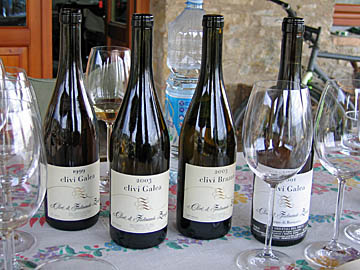 We’re sitting around a table, debating politics. Which we’ve been doing for…oh, about four hours now. Technically, we’re having lunch. But it’s quite dark outside, the dinner hour – even the late Italian one – has already arrived for many in the neighborhood, and neither the wine nor a regularly-replenished supply of hearty, crusty bread has stemmed. The crusty remains of a rich, Friulian style bean soup solidify along the interiors of our bowls, long since abandoned and forgotten amidst an occasionally heated conversation.

Bressan 2002 Pinot Nero (Friuli) – Despite a rather forceful initial impression, full of spice and edge-filed fruit zing, this is a breezy wine, with plenty of breathing space amongst the elements. Like many fine pinots, it rises and falls in response to the demands of the moment, and the accompanying food, but its preference is rather blatantly to cause the repetitive refilling of glasses. And that’s a good thing. (12/08) 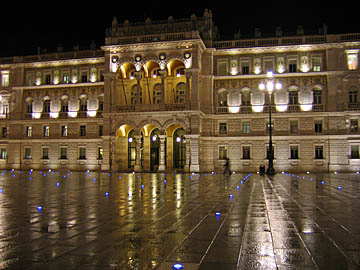 It’s a gloomy, rainy morning. And I’ve discovered yet another problem with our hotel: the pillows are rock-hard, and my right ear feels flattened and numb. I look around our cobweb-filled room lit by the dismal grey gloom, decide that dismay is no way to start the day, trudge to the bathroom wrapped in a blanket to keep out the penetrating chill, and turn on the hot water.

It takes about ten minutes to arrive, though when it does, it’s blessedly beyond tepid; at least there’s a heat source somewhere in this hotel. Breakfast is no less dismal; despite a few house-made jams, the selection consists of crusty but flavorless bread, American cereals, bland bolognas (calling them salume would be more than they deserve) and cheeses, and canned fruit. Even the coffee isn’t good. In Italy. We leave the hotel discouraged, our mood as grey and soggy as the weather.

Vie di Romans 1998 “Voos dai Ciamps” Isonzo Rosso (Friuli-Venezia Giulia) – 100% merlot. Cloudy to the point of opacity from sediment, and the shaking that’s caused this mutes the wine in more ways than just the visual. Tight and structured, with dark fruit. Very tough to read. 24 hours later, it’s still full of fine silt, but the structure has softened somewhat, and a little bit of blueberry powder has emerged along with a long, sweet hazelnut finish. It’s friendly, but it holds a lot back; even without the shakeup, it’s in a closed stage. (10/07)

There’s a woman at the front desk. She looks surprised to see me. Very surprised. She doesn’t speak any English, so I proceed in my halting Italian. It turns out that my reservation is complete mystery to her. I produce a confirmation email. She stares at it, no doubt convinced it must be fake, or that some detail must be wrong. Except that her name is at the bottom of the email, which makes denying its existence or accuracy somewhat difficult. As the silence lengthens, I begin to have one of those classic traveler stress experiences, in which the possibility of being without lodging starts to sink in. Given the complete lack of other apparent guests, I wouldn’t normally worry…except that strewn across the counter are pamphlets for what appears to be a very major jazz festival. Said festival is this week, and the hotel appears to be the place where all the bands are staying.

The woman disappears into a back office, apparently checking her computer for electronic evidence that I haven’t faked this email, perhaps in concert with Slovenian border guards or something. Then she returns for what must be her tenth fruitless scan of the reservation book. Finally, I can’t take the silence anymore. In Italian: “do you have a room for me or not?”

Schioppettino Amabile (Friuli-Venezia Giulia) – I’ve never had this grape in this style before, and it reminds me of some strange cross between Bardolino, lacrima di Morro d’Alba, malvasia nera, and grape soda. Raw fruit provides a bite to the grapey purple fruit that’s mitigated by mild sweetness. It works very well with charcuterie, though it’s by no means a “serious” wine. But who needs to be serious all the time? This is fun. (10/07)