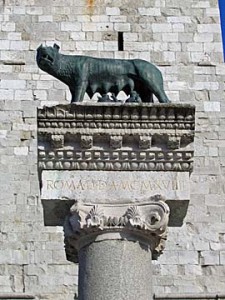 It isn’t always necessary to choose a side. In fact, some would argue that the only path to wisdom is in not doing so. Others of a less earnest bent might feel that it’s at least better to retain devil’s advocacy as a rhetorical tool. I’d agree with both, depending on the subject, but add that the most common cause of a lack of surety is the experiential maturity to know what one doesn’t – or cannot – know.

This defense of hesitancy is a prelude to Yet Another Post on natural wine. I think my written record on the subject qualifies me as a vocal advocate, firmly on the “pro-” side (or at least very frequently witnessing for the defense), but that’s not a fully accurate characterization. I think that’s grasped by some who really are fully committed to the cause, who see through the support to the lack of surety within. I have, at times, been accused of a lack of sufficiently strident advocacy…as if this is a bad thing. (That said, I certainly draw more grief from the skeptical, though I usually find that their objections amount to an extended argument with things someone who is not me has claimed.)

It’s true that I do have…worries. Certain areas of non-commitment. And that really makes sense, for my goal isn’t to promote (or condemn) natural wines, it’s to drink better and, perhaps, participate in an open discussion of how natural wine both does and doesn’t fit into that pursuit.

So if it’s useful to have an essay extant in which I say bad things about natural wines to demonstrate my agnosticism, this would be it.

I’ve said this before, but one of the most distasteful things about natural wine — another is actually distasteful natural wine — is the often-messianic surety that surrounds it. And there are some angry messiahs, to whom everything and everyone else (even sometimes within the movement itself) is wrong…for reasons of insufficient purity, insufficient commitment, insufficient science, or a hundred other sensible and lunatic doctrines seemingly invented on the spot. In a way this shouldn’t be surprising, as the movement not only invites, but practically requires, a large percentage of cranks and anti-social, anti-most-everything-else iconoclasts. I mean that much more affectionately than it sounds, but listening to the loudest voices in the movement often requires a good deal of private eye-rolling. Natural wine could – and the irony is not lost – use a good finishing school, in terms of selling its philosophy.

(To which I know the response is going to be: yes, but we don’t care. Fair enough. But there are people who could be convinced, or at least persuaded, were the temperature turned down a little.)

Of vastly greater importance is that the whole issue of biological and chemical flaws is far too blithely handwaved as a matter of personal preference. Not because it’s impossible to enjoy wines with characteristics otherwise considered flaws, but because it’s not clear that they have to be there in the first place. Were all natural wines bretty, or excessively volatile, or ropy, then it would be obvious that this was just an essential condition of the category. But they’re not. There is a very large percentage — I have no idea if it’s a majority or not — of natural wine that’s clean, that’s pure, and (in some cases) ages perfectly well despite limited (or no) added sulfur. A lot of what is regarded as the common baggage of natural winemaking is instead just sloppy, often untutored, winemaking. Certainly this impression is not countered by meeting the winemakers whose wines are chronic sufferers, many of whom seem to insist on doing things at odds with the tenets of basic chemistry.

But there’s another side to the widespread embrace of flaws, and it ties into the third and most distressing problem with natural wine. To contextualize this, let’s step to the other side and consider natural winemaking’s philosophical opposite: industrial winemaking, the goal of which is to produce, via technological means, a thoroughly reliable, predictable, quality product. As bad or good as any given wine might be (for industrialism is practiced in the hallows as much as in the Gallos), the actual hallmark of industrialism is its sameness. This is true whether the wine is a $12 petite sirah littering gas station liquor shelves or a pricey Champagne produced in zillion-bottle quantities that remains inseparable from its own glitzy marketing beast.

One doesn’t have to taste more than a few hundred natural wines before it becomes clear that a rather distressing percentage of them are very, very close cousins. Biochemical “flaws” can be the cause of this — one brett-ridden explosion of volatility is much like another — but there’s a more fundamental sameness. On the red side, one tastes an awful lot of crisp, snappy Beaujolais…except that much of it isn’t from Beaujolais, nor even made from gamay. On the paler end there’s a bit more variety, but a flavor profile akin to Loire chenin dosed with a little skin-contact ribolla gialla is quite ubiquitous. And then there are the orange wines…

(Let me head off the complaints: I’ve tasted scores of orange wines together, and in that context their differences are clear…ish. But no one drinks them that way, and no one ever will. Considered in isolation, only the true outliers really shine through their copper-colored glasses.)

That so many of the reds should be Beaujolais-alikes isn’t all that surprising, considering the heavy imprint of semi-carbonic winemaking on the source material, but I think it’s worth asking: to what end? Do we really need Sicilian frappato, Roussillon grenache, Sierra Foothills syrah, and even Bordelais cabernet to taste like increasingly endless variations on the — admittedly excellent — Lapierre/Breton/et al theme? Where’s the individuality? (And I don’t mean the often excruciating label design.) What, exactly, makes the creative philosophy of all these nearly-identical natural wines different from their nearly-identical industrial opposites? Less frequent use of beard trimmers?

Natural wine is supposed to, among other things, be the ultimate transparency; letting the vine speak with as little interference as possible. It’s patently obvious that wines that taste the same no matter what they’re made of or where they’re from aren’t revelatory of anything except the winemaker’s imprint. That happens to be the core sin of industrial winemaking. There’s no need to replicate it.

How did we end up here? It’s my belief that a lot of natural winemakers and admirers don’t, in their subconscious liver of livers, actually like transparency nearly as much as the idea of it, whereas what they’re really after is the taste. And please, don’t tell me they don’t have a taste. (The exceptions are the stars of the genre, and there are many, but they’re not the subject of this essay. Also, many of their winemakers and importers agree with this complaint, though sometimes only privately.) I don’t mind the fetishization of that taste any more than it truly bothers me to see someone who really, really loves mass-market pinot grigio. Less appealing is the volume of the adoring peloton careening along a merry trail of sameness while all the while crowing about how fundamental and essential their preferred wines are.

So if the industrial fans prefer painstakingly crafted monuments to intention and the frequently-cloned natural wine aficionados crave indifferently crafted monuments to inattention, who’s holding the philosophical high ground? Could it still be the terroirists? The winemakers and drinkers who do in fact philosophically skew towards natural, but would be just as horrified by a Brouilly that tastes like a Morgon as they would a Chilean carmenère that tastes like one.

Is this a call to some sort of action? Not really, no. Natural wine is what it is; or, more accurately, natural wines are what they are, since there remains little agreement on a definition (and given the personal predilections of those involved, I suspect an unwillingness to conform is fundamental to the movement…which is why the easy acceptance of wines that very much conform is so baffling). Perhaps it would be most correct to say that natural wines are what they aren’t and leave it at that.

It’s neither my business nor my interest to tell people how to make, sell, or enjoy wine. To each their own gout…let a hundred brett infections bloom…whatever. But when I’m next accused of fence-straddling and unnecessary contrapuntalism regarding the claims of natural winos, I’ll have a document to point to that explains why.