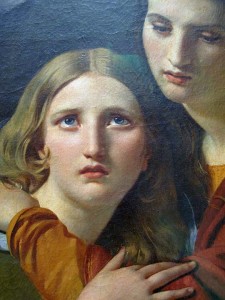 We lip-serve the idea that the moment of preconception is important. Dangerous from one perspective, necessary constancy from another. But from neither do we reject it outright. How could we? Our ability to navigate through life’s encounters is almost entirely dependent on the rapidity and accuracy with which we preconceive. It’s a vital skill.

But it’s also fraught. There are troubling aspects to preconception, to guesses that blind rather than enlighten. We try to avoid those instances, and properly so. But that doesn’t mean we can help but have them.

The art of illusion is a tool with which one can counter our disposition to preconceive. And while it’s practiced everywhere, few have raised it to the art of the Parisian female. I use that word, rather than “woman,” deliberately, because among the many ways that les double-X-chromosomed engage and dance with illusion is how they elide age.

Look at a group of American females, from a non-definitive distance, and guess their age based on their dress and demeanor. You’re likely to be correct far more often than not. Make that same guess in Paris, and you’re probably in for a surprise. The bold, showily-youthful fashionista on the sidewalk in front of you could be 16 or 60, and until you see their face you might have no way of knowing. Perhaps not even then.

This is, of course, of no actual consequence except to the questing lothario. (And again, perhaps not even then; the French revere both maturity and its opposite in ways that are unfamiliar to less broad-minded cultures.) But from a more observational standpoint it re-elevates the nearly-eroded air of mystery surrounding human interaction. It destabilizes the foundations of preconception and issues a direct challenge: each conception must now be earned. Answers now necessitate questions.

So it is with certain wines. Some demand an early demise, some remain ambered in eternal youth, some only learn to express themselves in complete sentences with the onset of maturity. And often, we “know” this preconceptually, without laying hand on bottle. Except, of course, sometimes we don’t. Some wines belie their age, in either direction. Wines can conform, but wines can also defy.

Installed in my Parisian rental, over several dinners with and without friends, one of the most counter-conceptual wines (hand-carried from a visit to the winery) provides an object lesson in the dangers of the temporal guessing-game. Not that anyone’s surprised about an ageworthy Rioja (though we usually don’t mean the pink version, which I sometimes feel López de Heredia gleefully unleashes in its faux-convalescence just to enjoy the shocked reactions of a jaded public), but that the house’s wines are just so bafflingly evasive about their current age and their future prospects. The only sure guide, in the absence of the usual clues, is history. The ultimate preconception.

R. López de Heredia 1997 Rioja “Gran Reserva” Viña Tondonia Rosado (Center-North) – Restrained. Very restrained. The bony, exposed-wrinkle structure of this wine…so unique among rosés…is a little more stretched than usual here. Even for Tondonia Rosado, this is bare and stark. There’s that skeletal minerality and steady-state, bell-tone fruit that tastes more like the desert in which one will either find appeal or not (I do), but the wine’s just…well, “tired” isn’t quite right, because it’s not faded beyond its intended form. Perhaps the best way to describe the wine is that it’s afflicted with a very slight pallor. (11/09)

R. López de Heredia 1981 Rioja Viña Bosconia Gran Reserva (Center-North) – Faded, antiqued red fruit – the lightest possible – with the sepia patina of age and a gritty, starting-to-disconnect texture. A fine-edged tannin scrapes, slowly, across the thin surface. The aromatics are lightly earthen and quite beautiful, but the palate is a bit tired and gasping. It’s a good wine, still, but I’d consider drinking it posthaste. (11/09)

R. López de Heredia 1981 Rioja Viña Tondonia Gran Reserva (Center-North) – Gorgeous old fruit aromatics of windowsill-cooled summer pie, wooden spice box, and soft suggestions of earth glide from the glass, but this is no fading beauty. On the contrary, the palate is fulsome and almost lush, with well-aged but still vibrant red fruit, more than a few hints of spice, and a great purity of texture. The acidity is strong enough that those who fear it will wish to take care, but otherwise it’s an exciting counterpoint to the suppleness of the balance of the wine. Mature, for sure, but probably nowhere close to decline. (11/09) 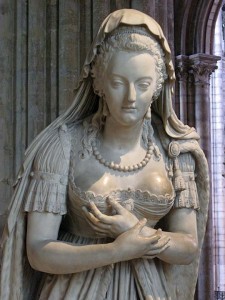 Every place that tourists go has restaurants to which all tourists go, until they (the restaurants, not the tourists) reach such a Yogi Berra-esque state of popularity that nobody goes except tourists. Usually, the establishment is well into decline at this point, having lost any economic motivation to perform beyond minimal expectations, at which point even tourists start to whisper in contravention. The next step is to litter the place with faux-authentic paraphernalia to re-entice those who’ve read the name in a guidebook somewhere, at which point no passersby can miss the lack of any ambition beyond the trapping of tourists. Restaurants can usually hang on in this fashion, like comestible zombies, for decades, as each new generation of suckers walks through the door.

Some respect is thus due to places that don’t really change. Much.

Les Deux Magots – No, highbrow celebrities no longer haunt its no-longer-smoke-wreathed tables, but there’s no mistaking why anyone goes here: the increasingly-distant memory of Sartre, Beauvoir, Hemingway, Camus, Picasso, and so forth. It must be in every guide book, and at any moment those many-languaged tomes rest atop virtually every table. But Les Deux Magots is by no means terrible, though there’s little reason for it to not be; the tourists will still come, I’m sure. It’s not great, either. It’s decent, perhaps just on the upper end of acceptably genial, though suffused with the impatient gruffness of Parisian waiters forced to decode questions in a dozen languages per hour. There’s a timeless feel to it, but that timelessness is curated rather than spontaneous; the reasons for which people will sit in these seats cannot recur. At least not here.

I’ve out-of-country guests who, given a list of venues for a quick beverage and bite, choose this over other area options. And why not? Sure, I’d perhaps rather be somewhere else, but why deny them their experience? Alongside a perfectly serviceable tuna and green asparagus quiche, I choose a glass of what’s a surprisingly notable wine from their short list.

Vincent Dauvissat 2007 Chablis La Forest 1er Cru (Chablis) – From a bottle that’s obviously been open a little too long, and so: faded rocks, mostly. There’s a lot of tactility and intensity, but the details of both are muted. I’d need a fresher bottle to say anything more useful about this wine. (3/11)

This is another installment in a temporally and structurally dissociated Parisian travelogue.