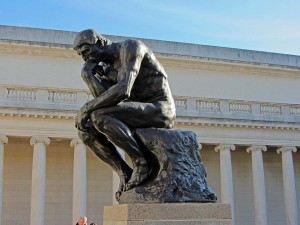 nopa – Operating this evening (and, one suspects, most evenings) as a high-pitched zoo, which is a testament to its popularity. A popularity not in the least unwarranted, given the quality of what I eat. The wine list is good, though it could be a little more aggressive in its adventures, but the swagger of the cooking is beyond reproach.

I’m here with a pair of winemakers, and thus the conversation and attention are mostly focused on their works and words, so I’d like to come back and pay more attention to the dining experience. One of these days…

Cowan Cellars 2008 Sauvignon Blanc Silver Pines (Sonoma Mountain) – Thick, with light apricot sweetness and a sorbet texture (which is not to imply residual sugar or the simulacrum thereof beyond that previously indicated). Frankly, this reminds me rather powerfully of Radikon’s early efforts. That’s a compliment. But it’s not an entirely complete wine. (11/11)

Chermette “Domaine du Vissoux” 2008 Fleurie Poncié (Beaujolais) – Closed and weird. And I don’t discount the possibility that there’s something wrong with this bottle. (11/11)

Ridge 1995 Geyserville (Sonoma County) – 62% zinfandel. Oak perfume (I refuse to call Paul Draper a barrel, or even a tree), dust, and sweat. Silky blackberries on a bed of seeds and rocks. This is a wine at the perfect midpoint between post-primary fruit and maturity, with neither wresting the majority. (11/11)

Equipo Navazos La Bota de Fino Macharnudo Alto “18” (Jerez) – Overwhelming almonds. Dry, dry, dry, and dry with a side of dry. Extremely long. Rather a slap upside the context; this is a wine that exceeds most of its potential frames. (11/11)

Equipo Navazos La Bota de Fino Macharnudo Alto “15” (Jerez) – Like drinking upholstery. This is much more restrained and muddled than an 18 consumed on the same night, and suffers for it; were it allowed its own spotlight, matters might be different. But at this moment, it’s muffled and insufficient. (11/11)

Disclaimer: we negotiate a reduction in the usual corkage, given the presence of winemakers and their wares. The two Cowan Cellars wines are provided by their winemaker, and I believe this to be the case with the Ridge as well, though I may be misconstruing employment dates.

Burma Superstar – I hear there are better Burmese restaurants in the Bay Area. But this one has an advantage other than name and reputation, in that they’ve paid some attention to the rest of the story: smiling, beyond-helpful service, a tiny yet very decent micro-list of wine and beer (for those inclined to cavil: is there a better wine list at a Burmese restaurant? anywhere?), and…of course…delicious food. Could there be “more” on the plate? Perhaps – I don’t know Burmese cuisine – but what’s offered is eminently delicious.

Trumer Pils (Berkeley) – Clean, basic, internally-frothy and true to style, though it’s my ongoing impression that West Coast breweries do their representatives of each style in a lighter fashion than their East Coast counterparts; since I’ve “come up” drinking the latter, as it were, the former always seem a little wan. (11/11)