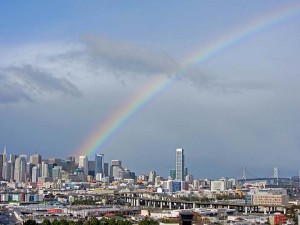 La Ciccia – The relationship between hype and execution is frequently one marked indifference, seething resentment, and serial infidelity. And it’s thoroughly individualized; there exists no devotional object for which there is not proportional loathing.

Still, it is very, very difficult to find anyone of demonstrable reliability…that is, we may exclude Yelp…who has anything bad to say about La Ciccia, aside from carping about extreme popularity and its effect on reservations. That speaks of something. And yet, despite a near-relentless “go, go, just go” drumbeat from friends and trusted acquaintances, somehow I’d managed to avoid the place over multiple visits to the Bay Area.

Were I as flexible as my (imaginatively auto-fictionalized) boyhood self, I’d be kicking my posterior right now. Since I’m not, I’ll have to settle for doing it verbally. Every single thing I eat here – ranging from yanked-from-the-ground simple to a sophisticated balancing of aggressive flavors that would overwhelm a lesser kitchen – is cooked perfectly. Not well. Not pleasantly. Perfectly. Including easy-to-mangle organs, parts, and eccentricities, but also including the basics of noodle, muscle, and salt-water bather. The service is, delightfully, that of a bustling Italian kitchen above which live  and sleep three generations of family. And the wine list is…

…OK, here’s a minor complaint: I hate the way the wine list is organized. But the insanely expansive demonstration of vinous Sardiniana is impossible to criticize beyond issues taxonomic.

There are very few things I insist on doing each and every time I’m in a much-visited place. Lunch at Le Comptoir in Paris might be one. Perhaps a seat at the bar at Drink Boston. La Ciccia is now on that list.

Boxler 1996 Riesling Sommerberg “L31E” (Alsace) – Bracing. Gorgeously semi-mature, its metals golden and its acids rounder but still crystal-clear as they pierce the wine’s heart. What residual sugar there once might have been (I no longer recall the wine in its youth) is now no more than a slightly clouded polish on the shiny core, though it would be difficult to say that the wine presents as “dry”…its aspect is too lavish for that. (11/11)

Dettori “Badde Nigolosu” 2008 Romagnia Rosso “Ottomarzo” (Sardinia) – The walloping stank of immense volatile acidity…and not much else. VA is my “thing,” yes, but I can’t get past it here. This wine is grossly, impenetrably flawed. I appreciate the prose middle finger to convention and marketability on the back label, in which they insist on their right to produce wines like this, but while I like many Dettori wines a great deal and have absolutely adored some as works of near-genius, this is not one of them. This is horrible. (11/11)