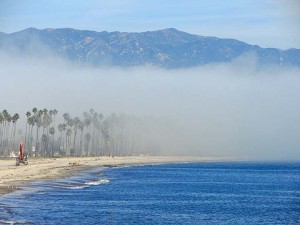 In-n-Out Burger – I know, I know. It goes against everything I believe about ingredient sourcing. Sometimes, I’m weak. And sometimes, I’m driving from Ballard to San Francisco on a tight schedule and the need for faster food enables my weakness.

As always, avoid the horrible fries.

Terroir – They’ve moved a few seats around. A few folks behind the bar are new. The same old wines have a few new neighbors, no small number of them from a niche importer that just happens to be the former owner and an ex-employee. Other than that, not a single thing of import (sorry) has changed.

One of the unfortunate things about most American wine bars is that they’re not actually wine bars. They’re restaurants that have more than the usual number of wines by the glass. That’s not such a bad thing in theory – eating is a good, and frequently necessary, companion to drinking – but in practice it obliterates the concept, because it makes it impossible to “use” the establishment as a wine bar (except at eccentric hours) because the seats are occupied by long-term commitments rather than three-glass stands.

I mention this not because Terroir is, by contrast, so obviously a real wine bar, but because the very complaints that some have about it (in which I’d find both agreement and disagreement) – marginally-comfortable-at-best seats, a little bit of attitude – actually help preserve its function. People come in, they have some wine and a few snacks, and they leave, opening up room for someone else. And those who don’t are the deeply-committed.

Or the should-be-committed. One of the two.

Belluard 2009 Vin de Savoie Terroir du Mont Blanc “Les Alpes Cépage Gringet” (Savoie) – This unfolds very slowly, but by the second or third chapter you realize you’re rapt. At first, it’s just a nice little Alpine white with an edge of something vaguely nutty or floral. But then there’s plot development, a narrative, an ebb and flow and characters move in and out of the story in an orderly fashion. Complexities are those of soil and sky: liquid minerals, yes, but also hues and qualities of light. The end comes with a richer, rounder, and more satisfying story than was evident at the beginning (and being closer to room than cellar temperature doesn’t hurt in this regard, either). I kinda love this. (11/11)

P·U·R 2010 Morgon Cote du Py (Beaujuolais) – Hmmm. Like half a Morgon – the brawling (for Beaujolais), muscular part – without any of the rest that makes it a complete wine. It’s chalky, angular, and void. There’s hesitation from the staff as I’m served this, hesitation as we (“we” including folks who’ve had it elsewhere, with better results) drink it, and a post-consumption questioning by the server that indicates to me none of the involved parties were entirely happy with this bottle’s performance. So I’m going to guess this is unrepresentative until presented with evidence to the contrary…especially as I can’t believe that so many of my like-palated friends have simultaneously lost said palates. (11/11)