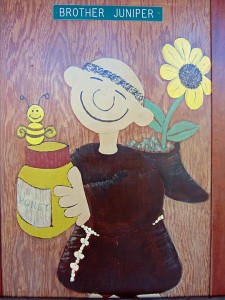 Palmina – I’ve watched what this winery has done over the years with a certain interest, because a bottle here and there has been worth the attention (rarely the same one, year to year), but also with a certain hesitance (for reasons spelled out here). Nonetheless, if one is at the semi-infamous “Lompoc Ghetto,” passing on Palmina seems like an extremely arbitrary snub when there’s very likely to be something worthwhile within. So why not?

Palmina 2007 Nebbiolo (Santa Barbara County) – Floral, with moderately solid tannin and surprisingly juicy fruit (cherry and blackberry, mostly); it’s as if the wine dips and weaves between what one expects from the grape and what one expects from the place. The texture is creamy at first, but as the primary aromatics fade just about all that’s left is corpulence. Not bad, but not particularly good either. (11/11)

Palmina 2006 Nebbiolo Stolpman (Santa Ynez Valley) – Mocha and blueberry confections with a solid wall of dusty tannin. Really, though, its inability to get one foot out of the dessert tray is its undoing.  A shame, too, as I’ve liked this wine a great deal in the past. (11/11)

Palmina 2006 Nebbiolo Sisquoc (Santa Maria Valley) – Freshly-crushed fruit, dark and forward, buried under a shower of funereal black lilies. Earthy and a bit bitter. Despite the forward fruit, there’s a persistent inner herbality and won’t – and shouldn’t – go away. It’s a little strange (OK, a lot strange), but I really kind of like it. At the very least, nebbiolo appears to be attempting to make some sort of contribution here. (11/11)

A lineup of wines that, it seems to me, say an awful lot about Palmina, a reasonable bit about their sites, and really almost nothing about why nebbiolo rather than, say, agiorgitiko needs to be used here.