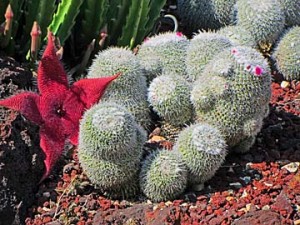 What? I’m supposed to talk about the food? Um, why? So they can do more business?

Oh, hell. The pizza’s good. Not “the best,” whatever that could possibly mean, but only the very stingy would fail to praise it in some measure. As is my tradition, I go for the strangest-sounding one: stinging nettles, finocchiona, and cacio di roma. It’s not a combo for the salt-averse, but other than brief punctuations of grumpy old man elbow it’s a pleasure to wolf down.

The wine list is all Italian, and written by someone who actually knows Italian wine; the “best” (there’s that awful word again) are rarely present, but the “very good” – no doubt cheaper and thus more appealing for this concept – are, in quantity. I want to give special praise to the pitchered portion of the list, perfect for a solo diner for whom one glass just isn’t going to be enough.

And one fewer barstool. I beg you. Really. You won’t go out of business.

Brovia 2010 Roero Arneis (Piedmont) – I’d say that this wine serves as a constant counterpoint to those who insist that the Piedmont doesn’t produce interesting white wines, but of course a handful of fine arneis (and the very occasional nascetta) do not a robust counterargument make. Dense, with just enough light and space to let the apple blossom and honey (dry, dry honey) through, as they ooze with white powdered minerality. (11/11) 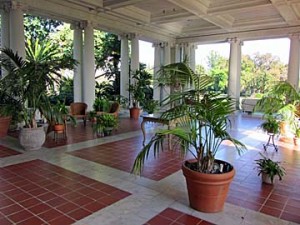 Cole’s – The originators of the French dip, are they? Well, whatever. I’m not here to eat, I’m here to drink. And the bar looks very promising.

I think many visitors to LA (and I’d number myself among them) think only of flashy surface ephemeralism and sprawling Mexican-influenced architecture when they picture the city. But any actual resident will correct this: that’s not the city, that’s the greater metro area. Downtown, where the high-rises are, there’s plenty of American Dream classicism, though sometimes you have to look around for it.

That architectural style I just invented out of thin air is the bold mélange of classic European borrowings, Art Deco stylings, and our-horizons-are-limitless triumphalism that can be seen all over the industrial heartland, but which reached its absolute pinnacle (and continues to this day) in Chicago.

Of course, Chicago aside, the “Dream” is mostly in decay and ruins all over said industrial heartland (feel free to insert your own analogy here; I try to avoid politics on this blog), and that’s mostly true in Los Angeles as well. Still, there’s an obvious attempt at revitalization, and one of the unexpected benefits thereof is that some really cool spaces are once more being trafficked by eyes that can enjoy them.

Such is Cole’s bar – we finally get around to the purpose of my little digression – which looks like a Smithsonian version of what it must have been a long, long time ago. The place I really want to go is The Varnish, the restaurant’s craft cocktail enclave, but it opens too late for my purposes. And I’m assured by Those Who Know that the cocktails here are excellent, which assurance seems more likely when I see the progenitors – Old Fashioned, Sazerac, Martinez, etc. –given menu prominence before one gets to the usual diversions and extrapolations.

Unfortunately, it doesn’t turn out quite that way. Some of the cocktails (mostly the diversions and extrapolations) are quite fine. Others…not so much. My Old Fashioned is watery. A companion’s Martinez contains something that’s gone horribly stale (the obvious culprit is the maraschino liqueur, because one would think they’d go through vermouth rather quickly at a bar like this). It turns out that preservation is a mixed…perhaps that should mixologized…blessing.