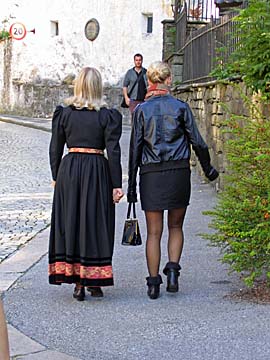 I don’t care about natural wine.

So why do I write about it so much? Good question. Masochism? Or maybe, since by blogging I’m encouraging people read those words, it’s sadism?

Many people begin and end their wine experience with taste, and while that’s important, it’s not quite enough for me. I’m interested in all manner of auxiliary matters, including what happens to cause that taste. And while it makes little sense to the taste-centrics, I do appreciate certain wines more (or less) based on what they are, what they represent, and how they’re made.

I suppose what I’m really after, in this non-organoleptic realm, is authenticity. That is: wines that speak authentically of their place, of their raw materials, and of their category. To the extent that natural wine means anything to me, it’s in its alleged potential for this sort of transparency.

Of course, some natural winemaking is anything but transparent. Some of it is patently obscurative. Certain grapes and sites seem to emerge tasting recognizably akin to those made via more interventionist methods. Others are profoundly transformed, at the extreme tasting much more of each other than of their peer groups despite wildly differing raw materials and grape sources. The set of flaws that can all too easily afflict natural wines are a contributor, but even in the absence of flaws there is, at times, a sort of asymptotic “natural” aromatic and textural profile. Anyone who drinks a lot of natural wine knows what I’m talking about.

Ennui sets in when theoretically different grapes and sites end up tasting like minor variations on a single theme. Soon, that ennui is replaced by boredom. Eventually, I find myself wanting to drink something else. Something that tastes like something else. Of what it is or where it’s from more than how it’s made. That is, after all, the exact objection I have to industrial winemaking practice. Why should I laud a product just because it’s in philosophical objection to same?

It is here that I often find myself parting ways with the most dedicated natural wine fans. It’s not just about preferring different organoleptic profiles – that’s inherent between any two wine drinkers – but that natural wine soon ceases to appeal to me, except as a gustatory curiosity, when it obscures rather than reveals. In other words, I don’t enjoy natural wine because it is natural. I sometimes enjoy it because of how it makes wine tastes (and sometimes not). But the vast majority of my enjoyment comes it when it serves the greater aim of authenticity.

So why should I care about natural wine, as a category, at all? Because it’s my experience that I tend to prefer wines made with less intervention to those made with more. Exceptions abound, but it’s a useful generalization. It’s even more accurate not as a wine moves from interventionist to natural, but as it transitions from highly-interventionist to minimally-interventionist. The very existence of natural wine as a growing and much-discussed category exerts pressure against the urge to intervene. That is, for both my palate and my preferences, a good thing.

As for my apparently persistent desire to put hands on keyboard, there’s even more to it than the exertion of palate-pleasing pressure. About natural wine is written and spoken a rather incredible amount of bullshit, both pro- and con-. I’ve probably contributed my share of both, over the years. What strikes me about a lot of it is that it appears to coalesce around positions of wild-eyed extremism about which everybody argues and finger-points, but which positions vanishingly few people actually hold.

The thing is, among the cohort of people who drink and enjoy any subset of natural wines, one finds a lot less polemical rigidity. And those are just the vocal ones; the silent are likely even less doctrinaire. But while those who enjoy a good supply of both natural and interventionist wines far outnumber the zealots, their megaphones and klaxons are set at lower volumes. What cannot be overcome in decibels must thus be compensated by numbers. And maybe the chorus can, eventually, drown out the most narcissistic soloists.