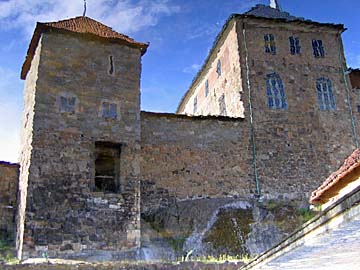 I wanted to break up the barbera-blogging with something about identity, or maybe authenticity. Perhaps essentiality. You can already see how carefully- and narrowly-conceived this thought was, and how a successful, highly-convincing argument was already virtually assured.

However, it turns out that I’ve already written that post. With, I note, my usual brevity. (There cannot be a wine writer alive who benefits more from the lack of an editor…or a writer’s audience who suffers more from that same lack.) So anyway, I don’t have to repeat myself. There will be some additional thoughts on what barbera is, isn’t, and should be in a wrap-up narrative that should be happening, oh, any week now.

Instead, as I head into another blizzard of notes, followed by a very difficult and convoluted, but important, story about Barbera Meeting 2010’s day of angst and agita, I’m going to share a few thoughts on the aforementioned identity…not as it affects the drinker, but as it affects the taster.

The biggest problem with expectations, of course, is that they encourage prejudgment. While I stand firmly among those who insist there is no such thing as objectivity (nor has the concept any real value) when it comes to criticism, there are forms of subjectivity that one does better to avoid. And prejudging an entire class of wines is one of those forms.

To enter into a tasting of barbera with one’s biases intact is fine, and natural, and in fact unavoidable. To enter into that same tasting with a determination to judge each and every wine against a subjective “ideal” barbera is as easy and natural as it is entropic. An intelligent taster must know they are going to be shown not only different takes on a familiar idea, but also new ideas based on entirely unfamiliar assumptions. To fail to respond to this with an open mind, at least initially, is not only a failure to capitalize on the potential for broadening one’s knowledge, but also – and this is where it matters to everyone else – unhelpful to anyone but the taster. A taster that is writing a long series of notes that amount to no more than “this is 2% closer to my ideal barbera than that one, so I like this better” is writing notes on the mirror. It’s arguable that this is all notes ever are, but then why exert the public effort of sharing them with anyone else?

The above is one of the many reasons I find points and other scoring systems unsatisfying. Yes, they’re a shorthand for a hierarchical ranking, in which some find value. But they absolutely enforce the sort of thinking I’m criticizing in the previous paragraph, in which one identifies – or constructs, if an actual example doesn’t exist – some sort of Platonic ideal of a wine and then ranks everything by its qualitative proximity to that ideal. That seems awfully narrow-minded to me, but beyond that it seems a little hostile to the audience…essentially demanding that they embrace the taster’s preferences before they go on to make use of those rankings. Certainly there are both more utilitarian and more expressive ways to communicate preference to another. Like, for example, the text of a note.

The thing is, a determination to avoid this sort of preferential trap doesn’t, as a rule, last long in the face of the actual tasting experience. First, one’s experience of wines will change due to the influence of the other wines in the same tasting (a contextual effect). Then, as one adds to an accumulation of organoleptic data, new conclusions will coalesce around that data (an observer effect). Ultimately, one will start to judge wines based not necessarily on preconceptions, but on reconceptions born from within the process itself.

So it was with the barbera tastings. I approached them assuming two styles: sharp, biting little numbers that I considered “classic” barbera; and slick, modernized versions layered with the individuality-numbing, internationalizing effect of new wood. I left having found not only three general categories (traditional, internationalized, and a middle-ground style in which the fruit and acid had been modernized but the wine is not overburdened with barrique), but a different fulcrum point for the two known categories.

I’ll expand on that to (much) greater length in the aforementioned wrap-up post, and I’ll also note that there were good, bad, and indifferent wines within each category. And I certainly have my thoughts on which I prefer, but also which I think will and won’t bring the barbera producers of the Piedmont success on the international market.

The important lesson, however, was that – despite my preconceptions – there was something both new and unexpected to learn about the wines, both individually and taken as a group. And not just the things for which one might hope, like vintage characteristics or each sub-zone’s terroir signature. Instead, it was the how and/or why of the various possible stylistic choices, the role the grape does (and doesn’t) play in those choices, why barbera (rather than another grape) was chosen for this experimentation and marketing effort – for that is, at the heart, what Barbera Meeting was – and, finally, the tension between how the producers see their work and how their potential markets see that same work.

And yes: “tension” is the right word, for more reasons than one. For it turns out that the preconception-laden approach isn’t just a danger for wine tasters. The producers themselves have some issues along these lines…