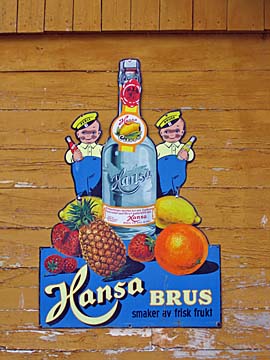 Jumping into the deep end of an orange-colored pool, it turns out, draws notice and comment, some of it even from non-wine geek circles. Which means that an audience not already familiar with the text is asked to take a similar leap, nose first, into the self-referential and semi-lunatic world of wine description.

It’s a scary universe, and understandably some are disapproving (.pdf). Others, though, are merely perplexed. As one correspondent asked over email:

Do you have a page someplace on the blog that gives you the “code” for certain words – like, when you say that something tastes of “metal and charred orange, maybe even a bit of ash.” I know some of this is evocative, but is there a “dictionary” of understood wine/descriptive terms?

There are several answers to this. One is that there are, indeed, attempts to formalize wine verbiage: the U.C. Davis tasting wheel, for example, or this chemistry-laden approach. Neither has met with much success or enthusiasm among the note-taking (and note-reading) community. Why not? Not having done a survey, my suspicion is that people find it both restrictive and a little boring. Detailing the wonders of a wine is an act of personal expression; using details supplied and constrained by others is not. And anyway, those who prefer cognitive shorthand likely prefer the shortest hand of all: points and other ratings.

Another answer is that most of what one sees in a tasting note is pure subjectivity. There are objective things to be said, but they’re limited in what they can describe to some very basic chemistry, structural outlines, and the identification of actual flaws. Without chemical analysis, we’re left with the world where one taster’s “black raspberry jam” is another’s “smoked strawberry seed with black truffle,” and who’s to say which is right? Both and neither, probably.

But I think the best answer is that it doesn’t matter. Most tasting notes are written as much for the person writing them as they are for anyone else. And even those produced for an audience contain a lot of information that’s of very marginal value. For example, how often do you go to your local wine purveyor and ask, “might you have a wine that tastes of pineapple and indelicate slashes of papaya skin, with a suave finish?”

I can hear the crickets already.

Aside from a few basic assessments – the wine’s overall size; the relative levels of things like oak, acidity, and tannin; placement on an aging curve – most of what comprises a tasting note is, from a strictly utilitarian standpoint, fluff. Those who view a note as a list of descriptors with which one should attempt to find agreement have the wrong idea. It’s not about everyone finding blackcurrants or Earl Grey tea, it’s about communicating the experience of drinking the wine.

That’s a distinction not everyone grasps, so let me expand upon that at a little more length. When I tell you, via a tasting note, that a wine tastes like X, Y, and Z, your natural reaction will be to look for X, Y, and Z in the wine. In other words, you have read me as suggesting what you should think about the wine. From your ability, or inability, to find these specific characteristics, you will likely then draw a conclusion about your own tasting abilities (if you’re a novice), my tasting abilities (if you’re more experienced), or the compatibility of our palates (if you’re a reader looking for utility). This is no longer a dialogue about the wine, but rather a dialogue about you, me, and our proficiency at tasting and communication. And what does that have to do with wine?

Ideally, a note does not merely provide a grocery list of ingredients which the reader may then check off in their comparative sample. I find it much more interesting for a note to communicate not just the wine’s qualities and components, but how the note-writer responded to the wine (and not just a qualitative judgment, either). For example, consider this note:

Josmeyer 2001 Pinot Gris “Le Fromenteau” (Alsace) – Pristine and mineral-driven, fruited with crisp pear and ripe apple, and seasoned with just a bit of salt. (No, really…there’s a hint of salinity that I’ve never found in an Alsatian pinot gris, though it’s fairly common in certain coastal whites.) Neither fat nor aggressive. The finish is long, suggesting hints of the spice that will emerge with more age. While this is drinking well now, were I to own any I’d wait a while, because it’s still holding back, and because the crystalline minerality that’s slowly being revealed is a little more zirconium than diamond at the moment.

Objective traits of the wine, if any, are absent from this note. The length of the finish could be considered a semi-objective assessment, perhaps, but it’s not like I’ve provided a specific duration. There’s also a contextualizing phrase (the bit about salinity not being typical for Alsatian pinot gris), which is as much about bringing external knowledge to the note as it is about the wine in question. The rest of the note can be divided into two parts: descriptors, and comments on the experience. The former are easily identified. The latter are little more difficult to sift from the text.

Easiest to understand are the last two sentences, which could be summarized thusly: the wine’s too young, and aging will reveal a more interesting minerality and spice (that, one may read between the lines to learn, is something to be expected from this wine). The rest is simply a matter of repositioning perspective. “Neither fat nor aggressive” means essentially the same thing as “possessing balancing acidity and moderate intensity,” which is a form one would much more often find in tasting notes, but recasts that communication as being about the experience of the wine rather than an essential property of the wine. Similarly, “pristine” could be reworded as “clean” (or “fault-free”), but also suggests something unsullied that’s beyond the mere absence of chemical or biological faults. These thoughts are, for me, more important to communicate than a list of fruits, minerals, and structural elements.

Thus, and to (at long last) answer my correspondent, I’m fairly indifferent to whether or not “metal,” “charred orange,” or “ash” have specific and one-to-one translatable meaning for the reader. I certainly don’t think I or anyone else would suggest to people that beverages that taste of actual metal, charred orange, and ash would be popular, or even palatable; wine descriptors such as these are meant to be read as “the suggestion of…” rather than real ingredients. I’m much more interested in saying: this wine is not a fruity, friendly, familiar beverage like many you (and I) have had. It is not easily approachable…in fact, it’s rather difficult. It’s probably not a wine for the timid or novice drinker, as the aromas and textures are decidedly out of the ordinary. If that has been communicated – and I think those particular terms pretty much have to communicate something along those lines – then the note has achieved its purpose, whether or not a future taster finds all, or even any, of those elements in their own glass.